November 11, 2022 – At an awards ceremony this afternoon at the Westin Hotel in Dublin, the Volkswagen ID. Buzz was named as the 2023 Irish Car of the Year in association with Continental Tyres.

Members of the Motoring Media Association of Ireland (MMAI), the grouping that brings together some 32 of Ireland’s most experienced motoring journalists, hosted the awards event attended by Ireland’s leading car brands, importers and distributors. The awards are voted on by the members of the MMAI who individually assess each new car model that is launched in Ireland each year.

Volkswagen took the top award with its latest all electric ID. Buzz model and, the van version, the ID. Buzz Cargo, won the Irish Van of the Year title at the same ceremony, a first in the history of the awards.  It is the third time that an electric vehicle has taken the award as Kia EVs also won the 2022 and 2020 Irish Car of the Year titles with the all electric EV6 and e-Soul respectively.

Chairman of the MMAI, Joe Rayfus: “The Volkswagen ID. Buzz is a really worthy winner of the Irish Car of the Year title, it is a truly stand-out vehicle.  As the third electric vehicle to win the title, it really does confirm the onward march in Ireland towards an electric motoring future.  Just look at our field of runners for this year’s awards, more than half of the contenders are available as either partial or full electric vehicles”.

Tom Dennigan of awards sponsor, Continental Tyres said: “After the Covid disruption that impacted on the Irish Car of Year awards over the past couple of years, we are delighted to be back with these awards for 2023.  The MMAI jurors provide a great service to Irish motorists in providing a really helpful insight into the broad range of increasingly sophisticated car models that are launched here each year.  No doubt, the Irish Car and Irish Van of the Year titles will be a huge boost to the popularity of the ID. Buzz in the new vehicle market in January and throughout 2023.”

The all electric ID. Buzz uses the same 77kWh battery as the Volkswagen ID.4 and delivers a 420km range from a single charge. 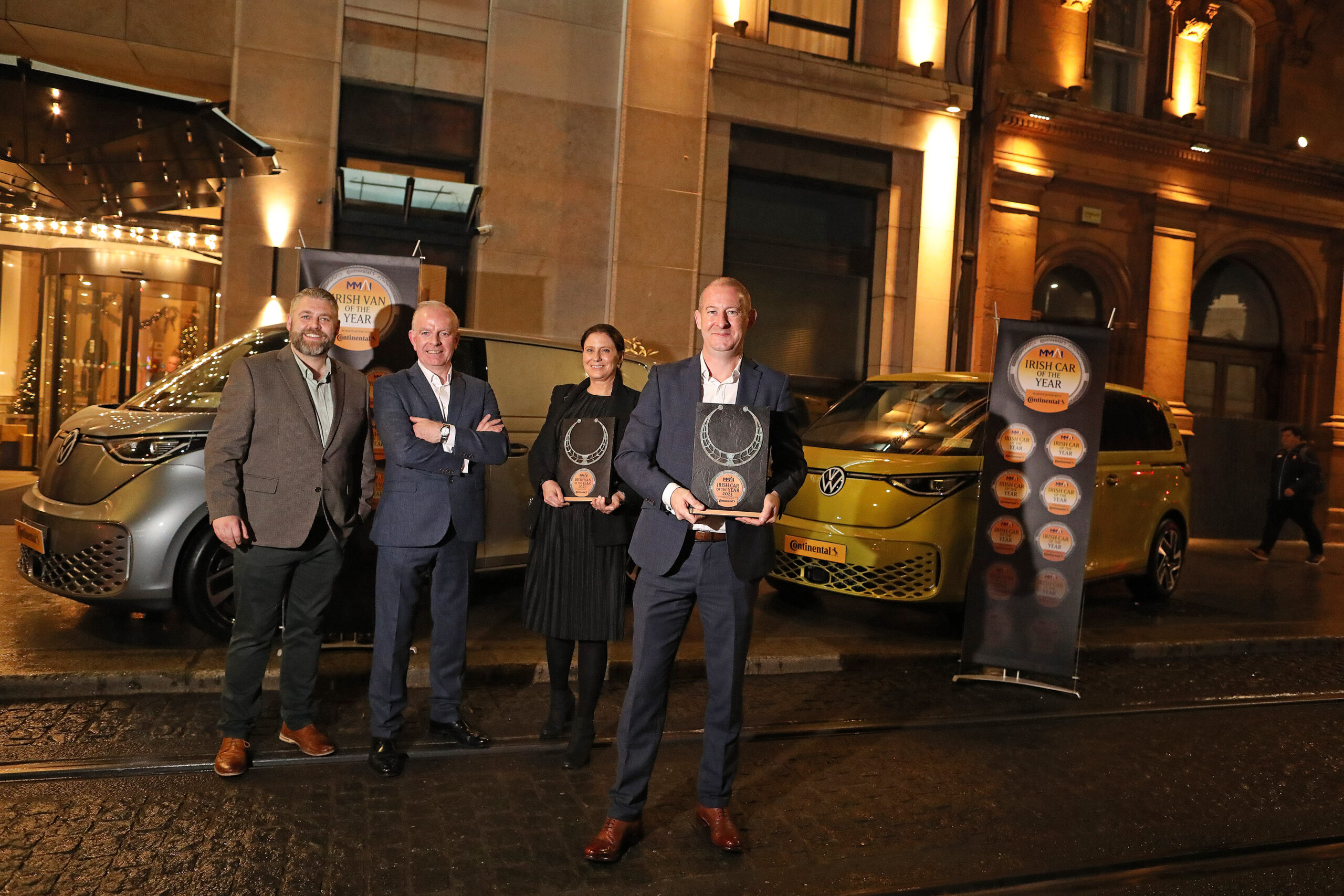 The Irish Car of the year category winners:

Irish Performance Car of the Year: BMW i4 M50

BestDrive as one of the leading car tyre companies in Ireland are delighted with the news and look forward to welcoming these fantastic cars into our 30 branches over the coming years.