Car Technologies – The Road Ahead

Cars don’t stand still. Thousands of engineers, scientists, technicians and researchers worldwide are working continually on virtually every car component, and every area of motoring, to make driving safer, more sustainable, more efficient, and more enjoyable – from the tyres up.

We’ve all heard about self-driving cars, for example. And possibly dismissed it as something that’s a long way further down the road. But the fact is, proposals for car insurance for autonomous cars have already been drawn up. So if the insurance industry is getting ready for cars that don’t need drivers, perhaps we should too.

As a milestone on the way to a driverless future, many car manufacturers are looking into ways to make driving by we humans easier and safer. 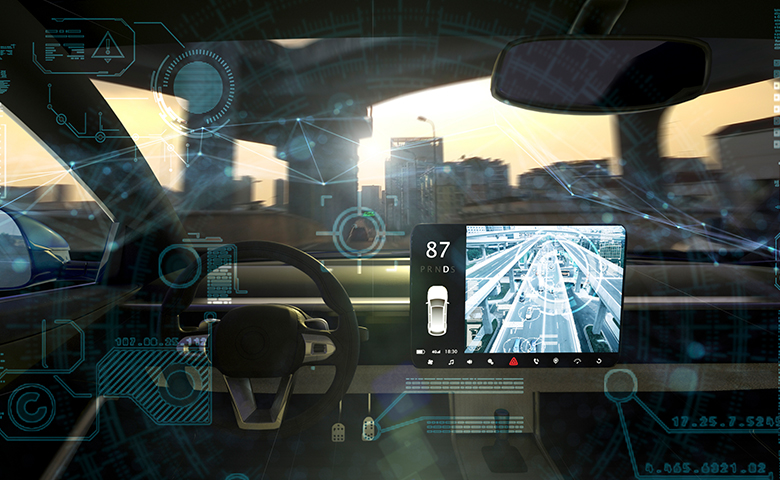 Innovations such as automatic steering avoidance will make vehicles automatically swerve around danger. Whether that’s a pedestrian stepping out unexpectedly, or an obstacle in the road. If a collision can’t be avoided, Mercedes drivers will be more prepared and less disturbed than most, thanks to the manufacturer’s Pre-Safe Sound feature. This is activated when a collision is imminent and emits a sound inside the car at a frequency which helps block out loud sounds – such as collision impact and airbag activation.

With advances in Augmented Reality (AR), those collisions will hopefully become less frequent. Placing important information, such as speed and navigation, at driver’s eye-level on the windscreen, AR will enable drivers to keep their eyes on the road. The systems can also provide road warnings and congestion updates.

While tyres connect cars to the road, it’s the suspension which irons out the bumps in that road. So, a new system from Mercedes-Benz, called Magic Body Control, should help to provide a smoother ride.

Observing the road surface, and reacting pre-emptively, the system adapts the suspension motion to compensate for the surface: reducing the impact normally felt on a bumpy, potholey road.

One other development which we may all soon be grateful for is an end to lost car keys. Keyless unlocking will use a wristband, which only has to be tapped against a spot on a door panel to unlock the vehicle.

Those are the kind of developments for the future that are making headlines. But many advances in tyre tech are available to anyone, in any vehicle, right now.

The Future is Here 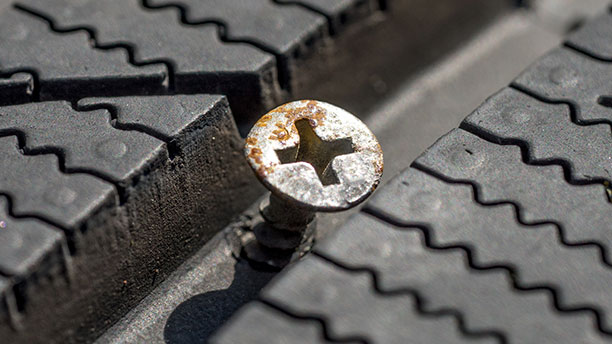 Freedom from puncture problems, for example, isn’t a futuristic notion. It’s here today. Tyres equipped with ContiSeal™ let you drive on for up to 120 miles with a puncture of up to 5mm. A sticky, viscous sealant layer inside the tyre, ContiSeal™ seals 80% of punctures such as nail damage.

Runflat tyres also let you stay on the road after a puncture. Their reinforced sidewall won’t be crushed between the rim and the road when the tyre deflates, so you can drive on for another 50 miles. 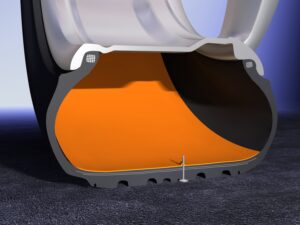 Less dramatic, but just as welcome, is the ContiSilent™ tyre, which reduces road noise inside your car. Featuring an inner tyre absorber of polyurethane foam, its cushioning blocks tyre vibration from being transmitted into the car interior. The noise level in the car can be reduced by up to 9dB. To put that in perspective, the human ear perceives every 10 dB reduction as cutting noise is half.

Pump up the Tyre Tech

If you think those advances in tyre tech are the limit of what can be done with a circle of rubber, think again. Continental are proving that you can put far more into tyres than just air.

Continental C.A.R.E.™ is a smart tyre system which enables tyres to maintain themselves. Sensors in the tread transmit information on tyre temperature and pressure, which means any possible damage can be detected quickly. Then, using air pumps in the rims, the tyre pressure can be adjusted even while you’re driving along.

ContiSense™ technology goes further still, by continually transmitting road condition information as well as tyre health updates – from pressure to tread depth. Integral centrifugal pumps will adjust not only the tyre pressure but also the tread, to adapt to driving conditions. 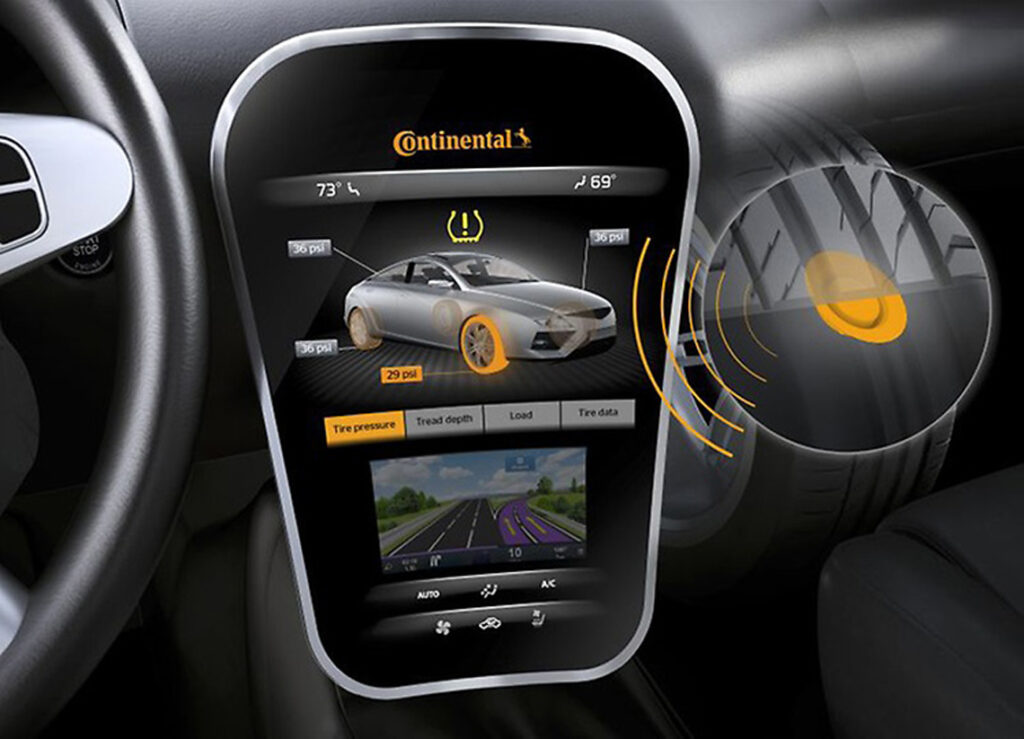 These advances are just as important for the development of driverless cars as the autonomous steering and braking systems. Without a driver to keep an eye on the state of the tyres, the vehicles would otherwise have to be taken off the road for maintenance checks. Continental C.A.R.E.™ and ContiSense™ allow maintenance to take place on the move.

As one of the world’s leading tyre manufacturers – and BestDrive’s tyre partner – Continental are naturally known for their tyres. But they are playing a far bigger role in developing the cars of the future.

Their ‘Clear Power’ initiative is producing a wide range of components for hybrid and electric vehicles. These include technologies to reduce fuel consumption in hybrids, improve battery charging, and reduce emissions.

Continental components can be found almost anywhere in a car, including the tyres. And the same kind of forward-thinking that goes into Continental tyre technology is also applied to vehicle chassis safety technologies, innovative powertrain solutions, and even features for more comfortable car interiors.

Cars definitely don’t stand still. If anything, car tech is moving faster than ever. You can be sure that Continental are one of the driving forces.

BestDrive are delighted to be in a position to help the Irish motoring public by offering the full range of Continental tyres in all 30 branches nationwide as well as highly skilled staff to make you confident that you car is safe to bring you and you family to your chosen destination.

BestDrive by Continental – You drive, we care.