As the year is coming to an end of another encouraging season for Galway WFC, BestDrive were delighted to be able to participate in supporting their year end awards.

However, due to the ongoing COVID challenges, a physical event was not possible so each of the three winners had to brave the elements and meet in a safe place.

BestDrive have been a very proud sponsor of the Galway WFC team since 2015, and there is no doubt that with Ruth Fahy installed as the new CEO, and the changes in the team panel and management, that we have every reason to believe that 2022 will show continued progress for the Galway squad.

It is also very encouraging that the Galway WFC U17 and U19 teams were top performers in the past year, and one of the senior team made SSE Airtricity Team of the year and was also nominated for SSE Airtricity Player of the year, so the future is bright west of the Shannon !

BestDrive will continue to sponsor Galway WFC for 2022 and ensure that Galway and the wider western region have an elite soccer team available for the growing numbers in women’s soccer in Ireland.

Pictured receiving their awards are: 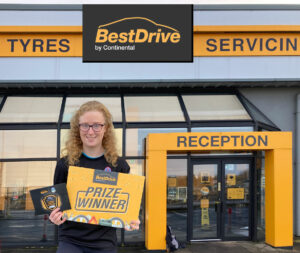 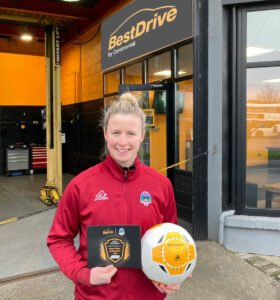 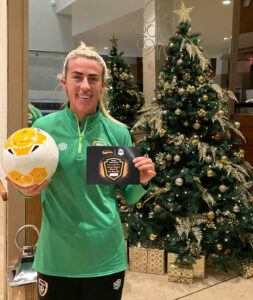