TAKING IT TO THE EXTREME 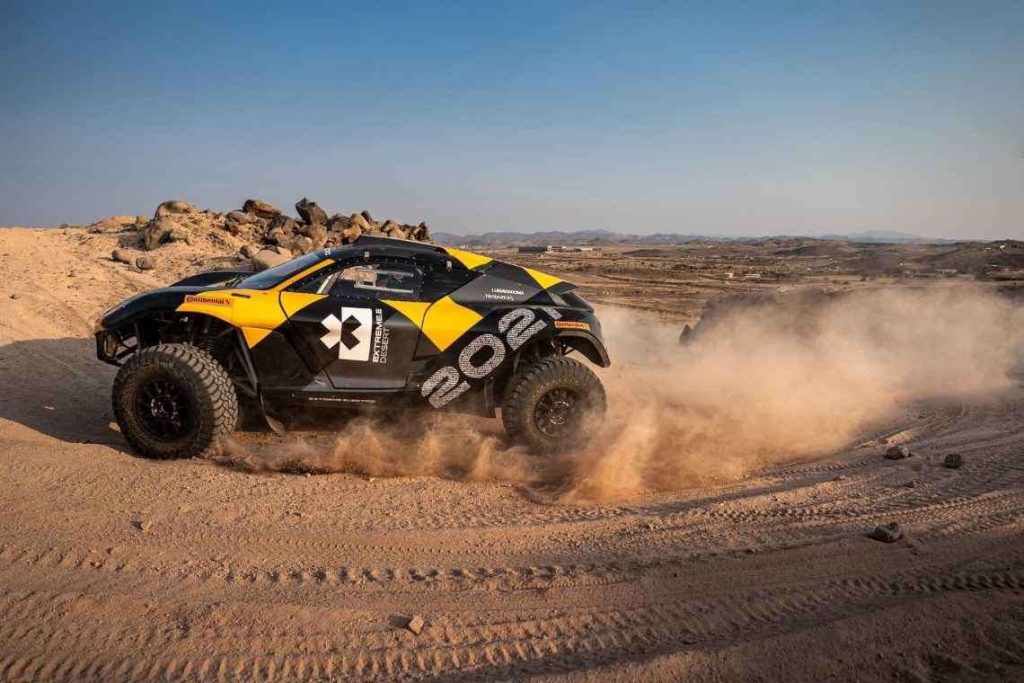 You may think that motor racing and the environment are at opposite ends of the spectrum. How can what’s good for one possibly be good for the other? The fact is, it all depends on the race – as BestDrive’s tyre partner, Continental, are out to prove.

Continental are one of the founding partners of Extreme E – the new off-road SUV race series for sustainable, electrically-powered, off-road vehicles, taking place in the most inhospitable corners of the world. And while the excitement will come from the drivers battling across challenging terrain for their podium places, there’s far more to Extreme E than that.

The five-event season will see races in the desert, in the Arctic, in rainforest, and in glacial and coastal regions, with the aim of raising awareness of the climate crisis and its effects in each location. At the same time, Extreme E will do everything possible to minimise its footprint across all the races, their logistics and operations. And where that’s not possible, offsetting will be used via local legacy projects, to ensure the racing series gives back as much as it takes.

Taking place throughout 2021, the Covid-secure race series has already attracted some of the biggest-name drivers in the world. Not only Lewis Hamilton but also Nico Rosberg have signed-up to take part.

A long way from Silverstone 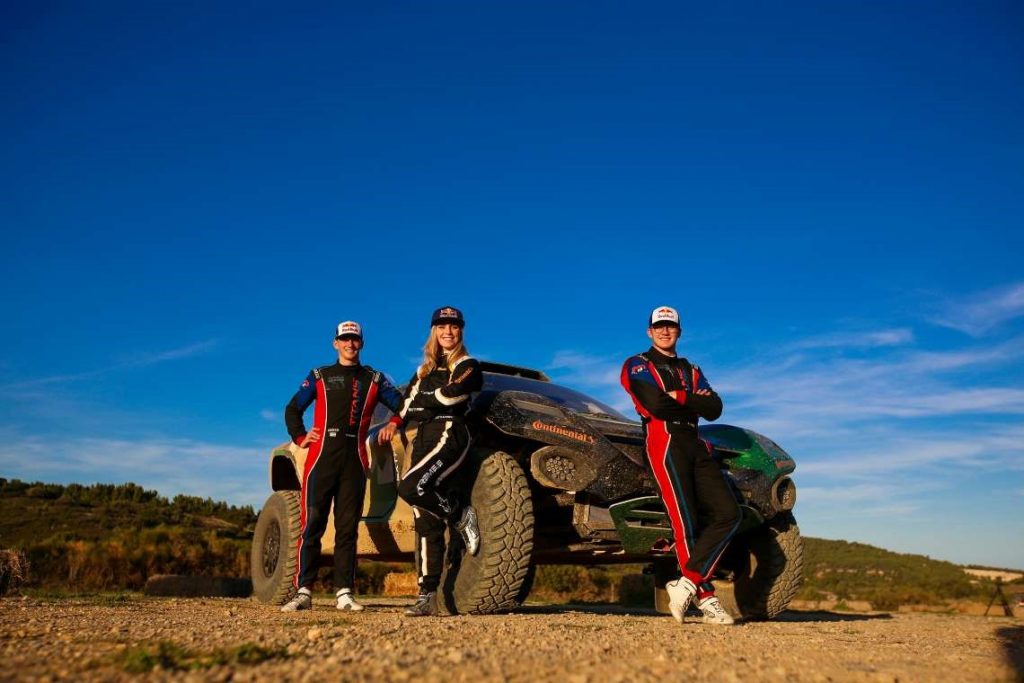 The series will begin with 12 teams of one male and one female driver each. The teams will be split into two groups racing in the five locations, and the top four teams will progress to the knock-out stage.

The variety of environments and road surfaces the teams will have to contend with will make the series enormously challenging for drivers, vehicles – and tyres.

In the Saudi Arabian desert, shifting sands will demand powerful traction and power for all four wheels. On the African coastal course, a combination of sand and sea water will once more demand the most of the four-wheel drive. Racing over snow in the Arctic will demand exceptional tyre grip and traction, plus extreme driving skill to maintain top speeds on slippery surfaces. Winter tyre technology will play a crucial part.

The rainforest section will offer abundant rainfall and a slick and treacherous course. While finally, the ice, rocks, dirt, mud and gravel of the Patagonian glacier stage will require tough, durable tyres with sidewalls able to withstand impacts from sharp rocks and other hazards.

Not only will the routes be rougher and tougher than even the most tricky F1 circuit, but also the cars will be very different from the vehicles we’re used to seeing in action.

A car – but not as you know it

The Odyssey 21 E-SUV is a 4-wheel drive battery-electric vehicle delivering 400Kw (550hp). Weighing just 1650Kg, and 2.3m wide, it can power from 0-62mph in a staggering 4.5 seconds, on gradients of up to 130%. With no clutch and no gears, it delivers maximum instant torque, and custom-built Continental tyres will ensure perfect grip from Arctic to desert to tropics.

Even the paddock will come as a surprise to the F1 drivers – because it floats.

A thirty year-old ex-Royal Mail cargo-passenger vessel – the RMS St. Helena – has been modernised and refitted to act as a transport vehicle and base for the race series.

Freight, infrastructure and vehicles will be carried on board to the port nearest to each of the race locations, helping to minimise Extreme E’s emissions profile. The ship has also been fitted-out with an on-board laboratory, to enable scientific research into climate change in the race locations.

The ship’s engines and generators have been converted to run on low-sulphur marine diesel – known as ‘champagne’ in the industry – rather than heavy diesel. All the ship’s mechanical systems have also been overhauled and improved where necessary. She can even cruise on one engine to reduce fuel consumption and emissions. Further adaptations at a later date are planned to include air-into-water-stream technologies to lower water consumption and water heating requirements.

To minimise waste, the ship’s 30 year old interior has been kept, but upcycled to modern standards of accommodation, while being as eco-friendly as possible.

The location-specific legacy programme which goes hand-in-hand with the series will include planting a million mangroves in Senegal, undertaking youth climate education in Greenland, and supporting reforestation and agroforestry in the Amazon.

Fortunately, there’s no need to travel so far to enjoy the exciting racing promised by Extreme E. Virgin Media Television will be broadcasting the races in Ireland, and BBC Television and other broadcasters will be showing the races worldwide. So you can minimise your environmental footprint by staying at home in Ireland, and watching the very best in electric vehicle racing from around the world.

The five stages of the series will take place in April, May, August, October and December 2021. 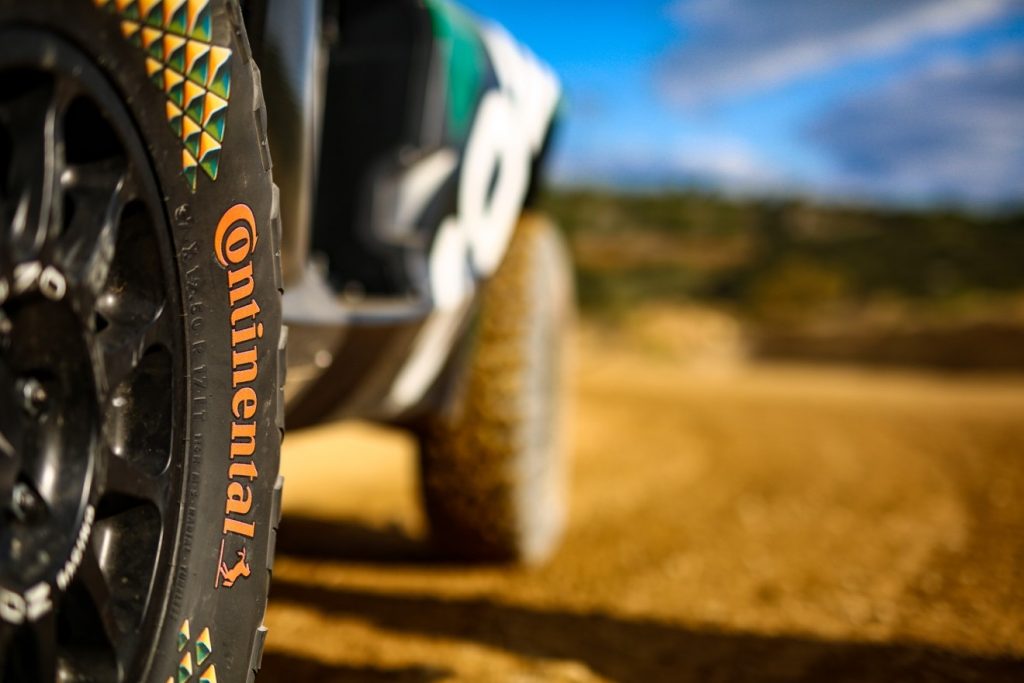 It’s not only the terrain for the Extreme E races which places new demands on the vehicles’ Continental tyres. Electric vehicles on their own create a whole new set of challenges.

EVs are heavier than gasoline-powered cars, due to the weight of the larger battery. So the tyres need extra grip, extra robustness and greater load-carrying capacity. The higher torque delivered by the electric motor means more stress placed on tyres, so they wear out faster. They also need to offer less rolling resistance and, like all tyres, need to be quiet and efficient.

Continental are already developing new tyre solutions optimised for e-mobility. A new Continental tyre designed specifically for electric city buses can carry up to 8 tons per axle, and has a robust casing with a high proportion of natural rubber. This increases resistance to cuts and cracks, and generally enhances service life.

The Extreme E Series will help to put Continental tyres through their paces on EVs in extreme environments, further feeding the development of new tyre solutions for everyday electric vehicle use.

One of those solutions already in test production is the so-called ‘dandelion tyre.’

Named ‘Taraxagum’ by Continental, this natural rubber produced from dandelions is a more sustainable and eco-friendly alternative to traditional rubber from rubber trees. These trees result in large areas of monoculture in rainforest regions, and long transportation distances for the raw material, which in turn means higher CO2 emissions. They currently produce 10-30% of the rubber used in car tyres.

Using dandelions as a source of rubber will allow cultivation on land in Central Europe unsuitable for food crops, such as close to tyre plants. This will in turn cut emissions from transportation.

To date Continental have invested nearly 35 million euros in the project, and Taraxagum is already in use in the Urban Taraxagum bicycle tyre.

It’s not only in tyres that Continental are playing their part in sustainable motoring.

Continental are also involved in the development of motors, transmissions and inverters, and other innovations which will help to make electric vehicles more efficient, affordable and viable on a large scale. For example, E-mobility engineers and experts are working on technology to decouple the motor from the wheels when the car is coasting. This allows the motor to be shut down when not required, but instantly and seamlessly restarted when it is.

Other innovations and developments are in the pipeline, all with the aim of helping to make EVs as sustainable and practical as possible, and as much fun to drive on the motorway as across the Amazon or the Arctic.

BestDrive by Continental – You drive, we care.